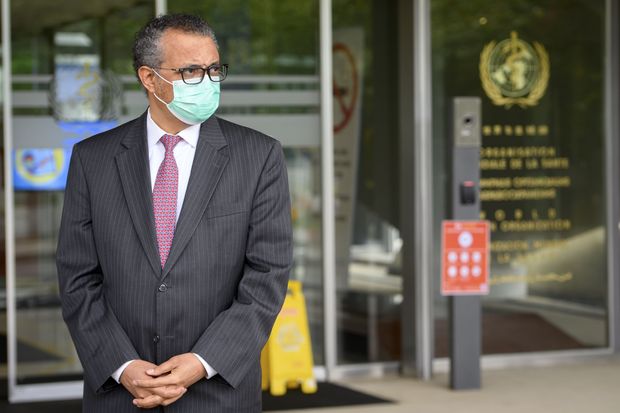 “Nothing can happen unless China says yes,” said Lawrence Gostin, faculty director of the O’Neill Institute for National and Global Health Law at Georgetown University. “The WHO has no power under international law to require China to comply. “

He added, “Given the relationship between China and the U.S., there’s a negligible chance that the Chinese would capitulate to U.S. requests for a full and independent investigation.”

Complicating matters, leading public health officials—including WHO Director General Tedros Adhanom Ghebreyesus —have called for a thorough investigation into whether the pandemic could have begun with a lab accident.

Anthony Fauci, President Biden’s chief medical officer, was asked in a May 11 Senate hearing whether the Covid-19 virus could have escaped from a lab in Wuhan—home to the Wuhan Institute of Virology, which conducted extensive research on bat-borne coronaviruses. He responded, “that possibility certainly exists and I am totally in favor of a full investigation of whether that could have happened.”

China strongly contests that such a lab accident is a plausible explanation for the pandemic. Beijing’s Foreign Ministry and embassy in Geneva couldn’t be reached for comment.

China has said it fully cooperated with a WHO-led team that spent four weeks in Wuhan, visited the virology institute, and concluded that a lab accident was “extremely unlikely.” Beijing has now asked that the WHO-led team pursue evidence that the virus may have been circulating elsewhere before the first confirmed cases in Wuhan in early December 2019.

Scientists widely agree that there isn’t strong enough evidence for the lab hypothesis, or for the main alternative: that the virus spread from animals to humans outside a lab.