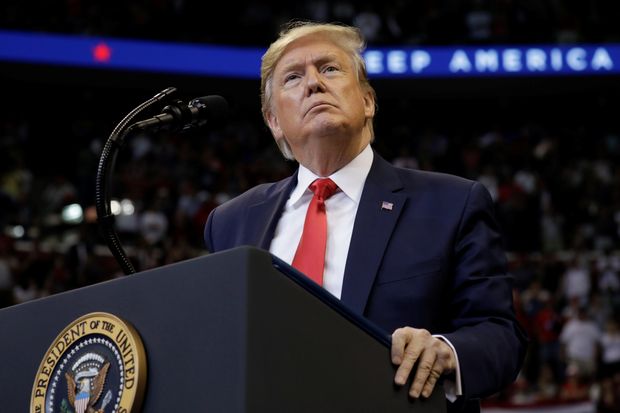 “I signed these bills out of respect for President Xi, China, and the people of Hong Kong,” Mr. Trump said in a statement. “They are being enacted in the hope that leaders and representatives of China and Hong Kong will be able to amicably settle their differences leading to long term peace and prosperity for all.”

China has criticized the legislation as an infringement on its internal affairs and evidence the U.S. is encouraging the antigovernment protests that have shaken Hong Kong for about six months. The Chinese Foreign Ministry summoned U.S. Ambassador Terry Branstad about the bill, and a spokesman has said Beijing will take resolute measures to counter the act if it becomes law.

The legislation, sponsored by Sen. Marco Rubio (R., Fla.), passed the House and Senate with bipartisan support. It requires the secretary of state to certify annually that Hong Kong is independent enough from Beijing to retain favored trading status with the U.S. It also allows the U.S. to impose sanctions and travel restrictions on individuals who commit human-rights violations in Hong Kong.

The bill passed Congress with veto-proof majorities. Just one lawmaker opposed the measure in the House, and it won unanimous approval in the Senate.