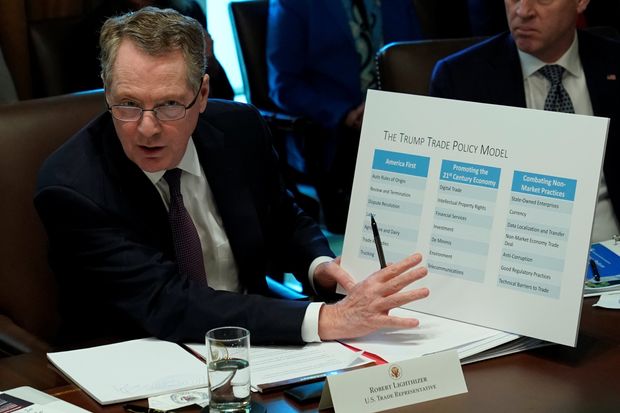 Since the 1980s, China has counted on U.S. corporate leaders to push back against pressure from Washington. Lobbying by executives helped limit sanctions after the Tiananmen Square massacre in 1989 and to win support for China’s WTO entry.

One of Mr. Xi’s advisers, 70-year-old Wang Qishan, China’s vice president, considers himself an expert on the West. In the 1990s, when he was head of the state-owned China Construction Bank , he worked with Mr. Paulson. He tells visitors about his love of Mark Twain and Jack London novels and the Netflix drama “House of Cards.”

When he met with U.S. executives in Beijing early this year, he cited ancient Chinese military strategist Sun Tzu: “If you know the enemy and yourself, you need not fear the result of a hundred battles.” China understood the U.S. better than the other way around, Mr. Wang told them, and would be willing to endure far more pain rather than concede.

Source: ‘Bring Me Tariffs’—How Trump and Xi Drove Their Countries to the Brink of a Trade War – WSJ