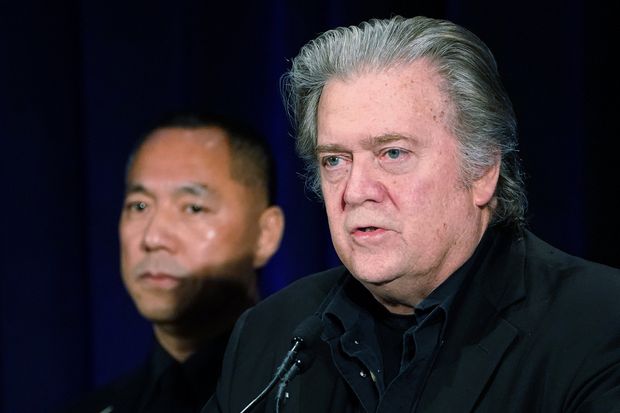 Mr. Bannon unveiled the effort in a lengthy press conference Tuesday alongside exiled Chinese businessman Guo Wengui, who said he would provide the funding for the so-called “Rule of Law Fund” to investigate deaths and disappearances of Chinese executives, politicians and other public figures.

Mr. Bannon said he would volunteer to serve as the fund’s chairman and oversee its operations, which he said would include hiring a professional staff. Details weren’t provided of how the new organization would operate, what cases it would pursue, or how Mr. Guo would pay for the initiative. Both men said the Trump administration wasn’t involved in the effort.